A Squadron of Pelicans Returns 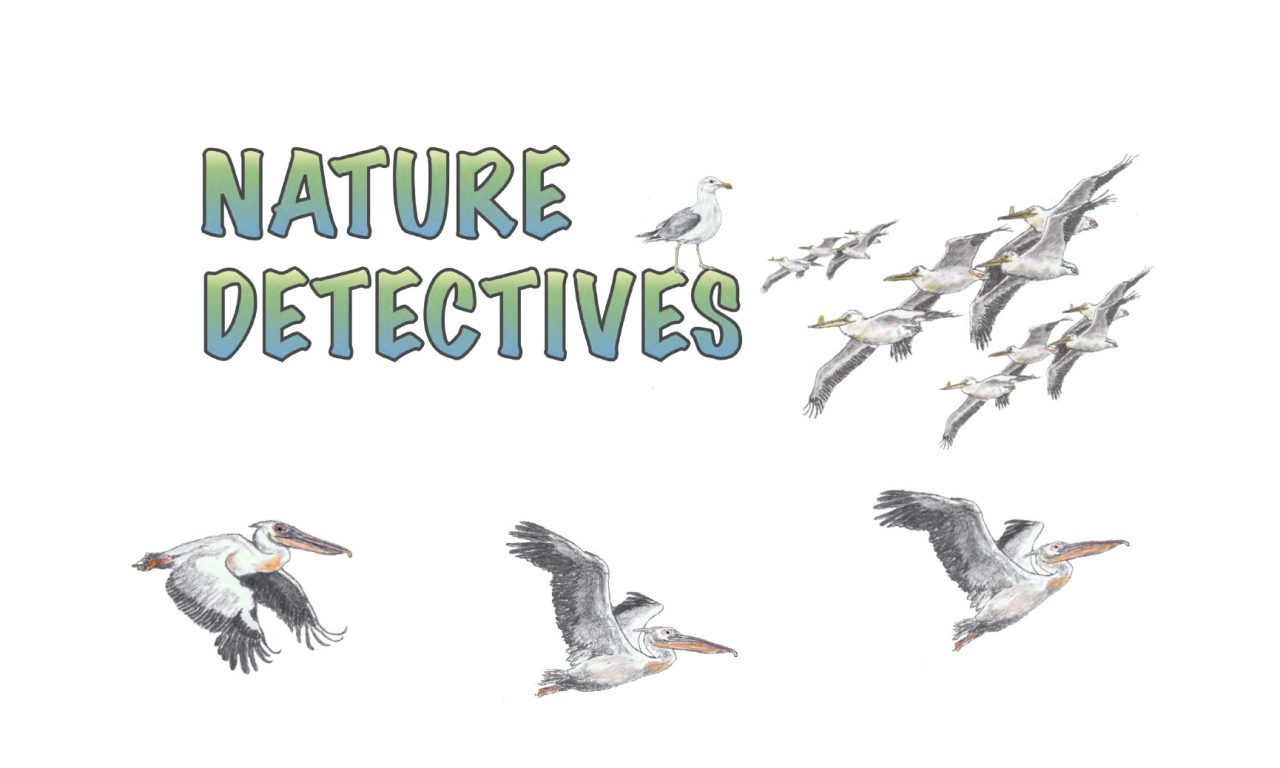 “Oh, wow.” Alex breathed out softly. “The pelicans are back from the Gulf of Mexico.” Alex and Scout watched as the huge white birds with black-edged wings soared toward them over Cottonwood Marsh.

The birds circled silently then landed on the far side of the marsh. The pelicans touched feet first onto the water, using their legs like water skis. Their big, webbed feet pushed forward against the water, slowing the birds as they settled on top of the pond.

Scout laughed. “Remember when grandpa didn’t believe there were pelicans in Boulder County?”

“I’d guess a lot of people don’t know that American white pelicans summer here. They have to see them with their own eyes. Like Grandpa did,” Alex added.

“They remind me of pterosaurs, you know, those ancient flying reptiles. I wish the pelicans would nest on one of the little islands at Walden Ponds.”

“They need more room for a whole bunch of them to nest together. And, they don’t like to nest near people. Good thing they don’t mind flying even 60 miles to fish for stuff to feed their babies.”

The two kids stared as the birds paddled silently across the marsh, peering into the water for prey. They dipped their bills under water over and over. The expandable pouch on the lower half of a pelican’s large bill works like a fish net. Alex and Scout watched the birds raise their heads to drain water from their pouch before they swallowed the trapped fish or maybe a salamander, a crayfish or some tadpoles.