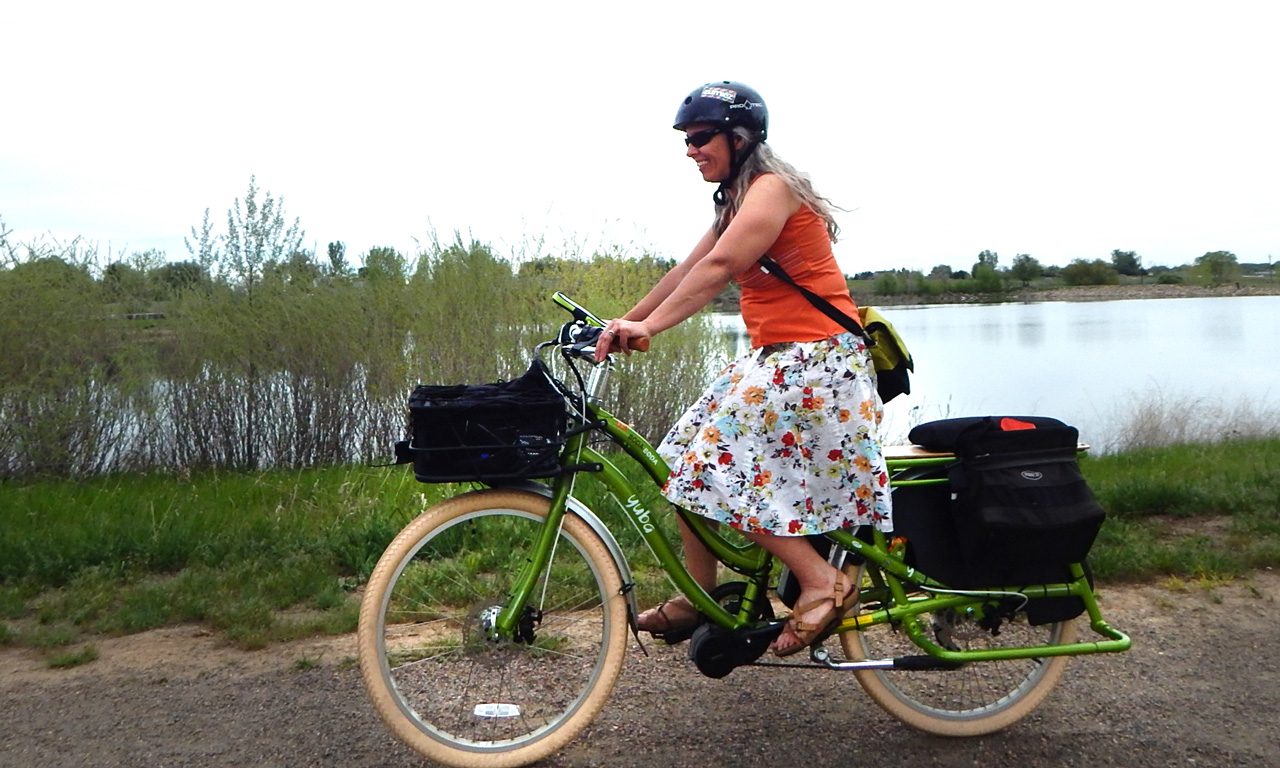 Have you ever been huffing and puffing up a hill on your bike, and suddenly someone sails by pedaling serenely in business attire with seemingly little effort? Chances are you’ve just seen an e-bike.

Since its beginnings in 1975, Boulder County Parks & Open Space has not allowed motorized uses on its trails. Back in the 1970s, the prohibition on motorized uses served as a benchmark and a clear short hand for distinguishing between desired passive recreational uses and less desirable recreational uses. Motors meant loud, polluting, heavy, and fast machines such as dirt bikes that were not consistent with the vision for recreation on open space. When the Boulder County Comprehensive Plan was adopted in 1978, this idea was baked into the idea of passive recreation, which is defined, in part, as non-motorized.

Fast forward four decades, and electric-assist bikes, or e-bikes, are starting to show up on the roads and trails of Boulder County. Like drones, Pokemon, and geocaching, e-bikes exemplify technological evolution showing up in recreation spaces, creating an opportunity for county staff and park visitors to rethink our definitions and regulations.

Last year, department staff began a process of community engagement to explore the question of whether and where to allow e-bikes on county open space trails. Through open houses, surveys, and public hearings, we discovered that while many people have concerns about safety, speed, and crowding because of e-bikes, many others appreciate the potential for improved accessibility and sustainability by getting people out of their cars. The public engagement process concluded with approval to conduct a year-long pilot through 2019.

During this pilot period, staff will study the visitor and trail impacts of e-bikes as well as investigate options for updating the definition of passive recreation in the Comprehensive Plan. Research will include a literature review on recreation conflict and e-bike research, questions on a county-wide telephone survey, visitor surveys at select parks and trails, bike speed and volume study, trail evaluation, and survey of new e-bike owners.

The county’s e-bike page has all the details about where e-bikes are allowed on Boulder County Parks & Open Space trails, as well as a link to submit your opinions. Research results will be presented to the Planning Commission and Board of Commissioners toward the end of 2019.

Passive Recreation, referred to in the Open Space Element policies, is defined as non-motorized outdoor recreation with minimal impact on the land, water, or other resources that creates opportunities to be close to nature, enjoy the open space features, and have a high degree of interaction with the natural environment. Further, passive recreation requires no rules of play or installation of equipment or facilities, except for trails and associated improvements. Passive recreation includes activities such as hiking, snowshoeing, cross-country skiing, photography, bird-watching, or other nature observation or study. If specifically designated, passive recreation may include bicycling, horseback riding, dog walking, boating, or fishing.

Note: in the 2017 Open Space Element update, dog walking and boating were added to the definition of passive recreation.