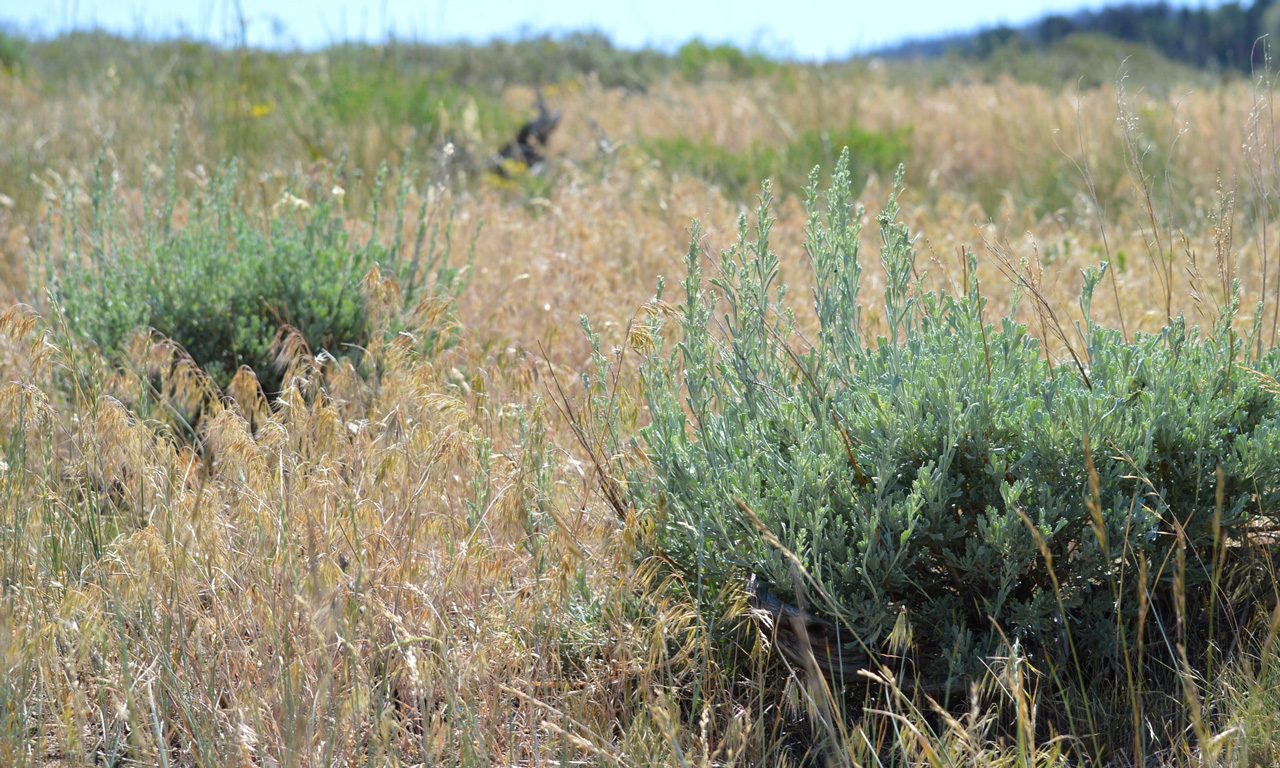 The Boulder County Parks & Open Space Department offers grants for research on county open space lands each year. All proposals are reviewed by a team of resource specialists, and awarded research projects are monitored during their activities on open space.

The following is a summary of a 2018 study conducted by Dr. Arathi Seshadri and Janet Hardin at Colorado State University. Their project focused on bringing back flowering plants and pollinators through effective control of invasive winter annual grasses with Esplanade® herbicide.

Invasive species pose one of the largest threats to the biodiversity native to a region, including impacting important pollinator species. Currently the state of Colorado’s list of noxious species includes 105 species, 9 of which are grasses. Cheatgrass, or downy brome, is one of the most problematic exotic grass species in the American West, and the most widespread of the Colorado listed species, occurring in every county in the state. Control of invasive grasses has largely depended on grazing, prescribed burning, or use of herbicides such as imazapic, glyphosate and rimsulfuron. However, control is challenged by the dependence of livestock on forage grass species and the nonselective nature of many herbicides. Indaziflam (Esplanade®), an herbicide recently approved for use in controlling invasive annual grasses on rangelands and open spaces, shows promise to eliminate or limit spread of those invasive grasses. As invasive species are controlled and eventually eliminated, it is expected that the areas previously occupied by the invasive species will be amenable for growth of flowering forbs and in turn support pollinators that depend on these flora.

To test this, we conducted surveys to observe and record pollinator visitation, flowering forb richness and diversity at 3 sets of paired plots in Boulder County. A preliminary study in 2017 demonstrated an increase in forb cover in plots treated with indaziflam, as well as a greater number of insects visiting flowers in treated plots vs. flowers in control plots. The current study was extended to cover more of the flowering season and expanded to include timed observations on flowering plants that were not on the standard transects. One plot in each pair had been treated with indaziflam while the other served as an untreated control. Timed observations were conducted along transects covering the entire plot. Our results in the 2018 study concurred with the results in the preliminary 2017 study. Interestingly, while they did occur in the plots, bees and butterflies were not recorded as frequently during the timed observations as were visitors from other insect orders, notably hemipterans. In order to obtain a good idea of the pollinator diversity in the area, it would be necessary to conduct destructive sampling using blue vane traps or net sampling.

Our study aimed to minimize removal and killing of insects and hence we relied on visual observations of pollinators at flowers which was restricted to the periods of observations during the study. Many of the forbs reported in our study are dependent on pollinators for successful reproduction. Further study of seed and fruit production of the native flora in the plots will provide conclusive evidence for the activity of pollinators. Improved fruit and seed production in native flora imply better reseeding potential and increased success of restoration in these reclaimed areas. Application of Esplanade® could thus pave the way to restore native biodiversity. The results of our study demonstrate some of the positive impacts of Esplanade® on the restoration of flowering plants. These analyses of floral resources will help describe the benefits of Esplanade® application in supporting and sustaining pollinator diversity in Boulder County.