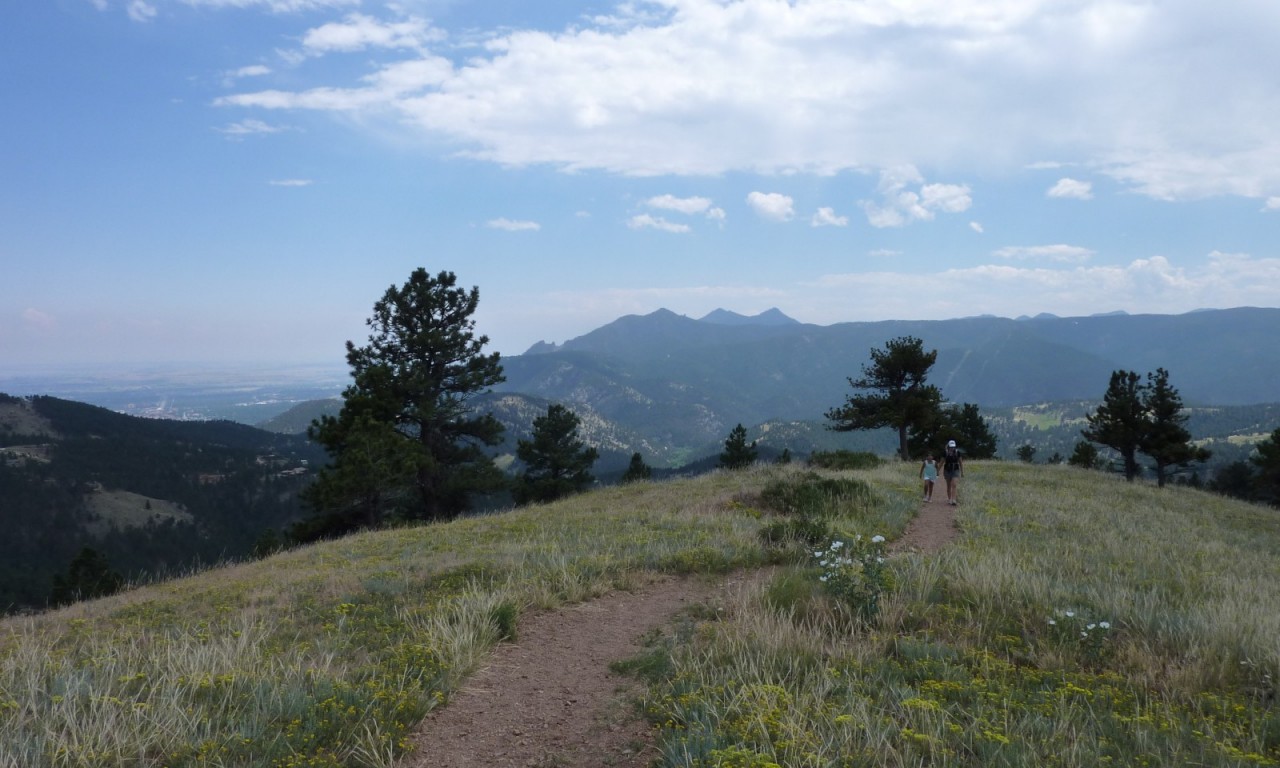 About five miles up Sunshine Canyon, just outside of Boulder, is a summit that has been marked by human use for over one hundred years. Bald Mountain Scenic Area supported pioneers and early homesteaders in livestock grazing, logging and mining pursuits from the late 1800s into the 1930s. Today, a reminder of the human history of the area can be seen near the park’s entrance where a wooden livestock chute still stands. But perhaps a more enduring human legacy left behind on the landscape is the name of the mountain itself.

This particular Bald Mountain is one of hundreds of summits of the same name in the country. There are over 300 Bald Mountains in the United States, close to 30 in Colorado and four in Boulder County alone. Maps compiled by the United States Geological Survey (USGS) as early as 1902 name the county’s three other peaks, but it is not until an updated map was issued in 1957 that Sunshine Canyon’s Bald Mountain received an official name alongside its marked elevation of 7,168 feet.

It is unclear who first used the name Bald Mountain but the source of their inspiration seems clearits summit is quite bare and denuded of vegetation compared to the ponderosa pine forests skirted beneath it. This is due primarily to the geology of the area. The mountain is largely composed of a rock known as Boulder Creek granodirorite that formed deep beneath the earth’s surface and was subsequently uplifted into its present mountainous form. The rock weathers slowly, producing a thin, course layer of nutrient-poor soil that is incapable of supporting many larger plant species. The isolated, prominent, and solitary topography of the peak also exposes it to incredible winds that sweep over the summit at speeds over one hundred miles per hour. In such an environment it is immensely challenging for young tree seedlings to survive. What does grow here is low to the ground and resilient to the onslaught of winds and exposure.

Beauty Beyond the Name

Geologic processes that take place on time scales well beyond that of a human lifetime made this mountain bald long before any pioneer gave it a name. Today we can enjoy these geologic influences upon the land by taking in the rewarding view from the summit. A circular vista encompasses the Great Plains, Boulder Canyon, Sunshine Canyon, as well as the snowy peaks of the Continental Divide. The beauty of the panorama speaks for itselfall words, and names, left far behind.