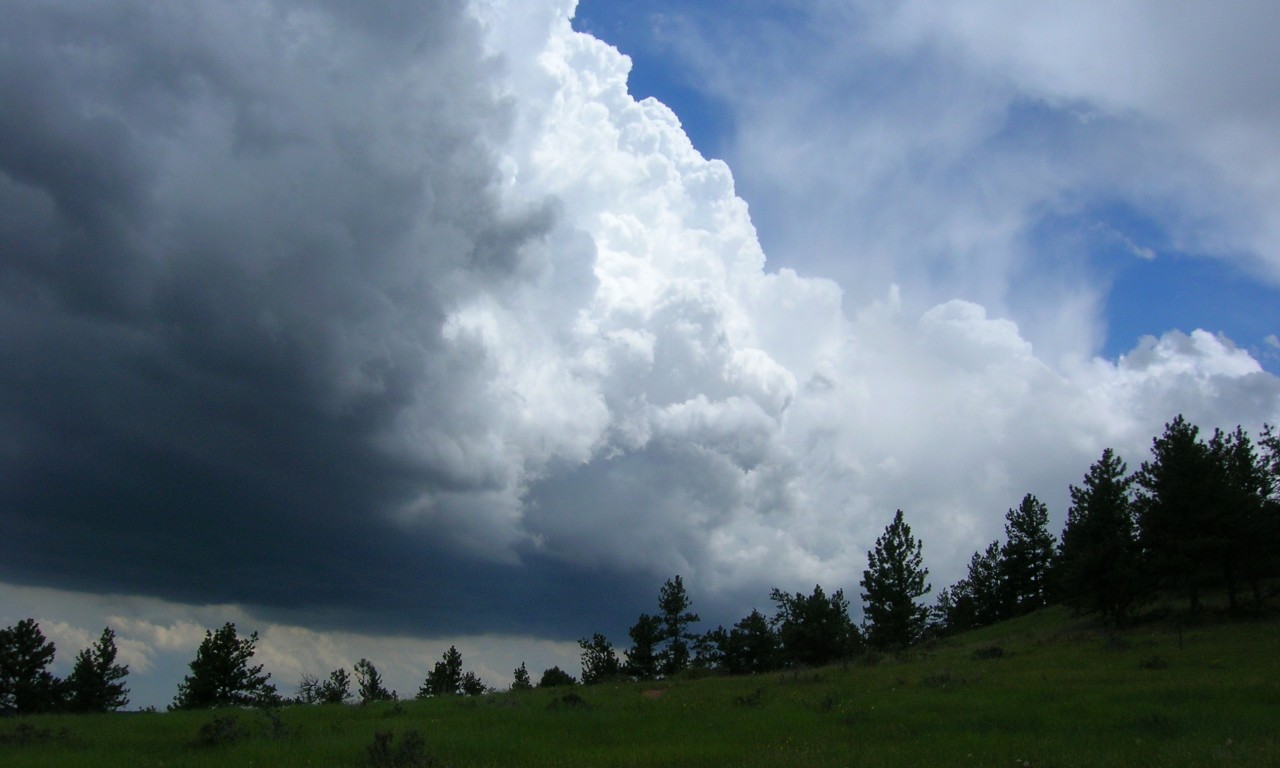 One of the reasons my wife and I moved to Boulder was for the 300 days of sunshine each year. In the Midwest where we lived, that is unheard of. It is not unusual to go for two weeks straight under a blanket of grey stratus clouds, covering the sky completely.

All the sunny days in Colorado led me to believe I wasn’t going to be able to spend time studying cloud formations, one of my favorite outdoor pastimes. Boy, was I wrong.

Clouds: Not All Alike Cumulus clouds, those billowing balls of cotton we generally see in the mornings, are known as fair-weather clouds. They can be found in the lower levels of our atmosphere rising to as high as 6,500 feet. Features of cumulus clouds include rounded tops that increase in size as the day unfolds, and flat bases on the same plane as their neighbors.

Stratus is another common cloud type; an indistinguishable grey cloud that covers the sky. They are the lowest of all the cloud types. Their bases rarely rise above 1,700 feet. Fog is a stratus cloud that is at ground level. You are likely familiar with an aspect of stratus clouds known as flat light. Flat light makes it hard to make a distinction between the ground and the horizon on snowy days. Also, changes in snowy terrain are difficult to see, so these are good days to stick to groomed slopes and avoid mogul runs. Cirrus clouds are the highest of cloud types, extending from 16,500 to 60,000 feet. Cirrus are formed of ice crystals, and have many varieties associated with them. Delicate straight white cloud streaks with only slight curvature are known as cirrus fibratus. Cirrus uncinus, also called Mare’s Tails, are streaks with hooks or commas on their ends. Cirrus clouds that consist of small tufts are known as cirrus floccus. These are just a few types of graceful cirrus clouds. Precipitation is often associated with two types of common clouds. The innocent architect of light drizzles and snow flurries is the previously mentioned stratus cloud. When a stratus cloud becomes thicker, dark grey in color, and blocks out the sun completely, it becomes a nimbostratus cloud. Cumulonimbus clouds are the source of extreme weather. They form from cumulus clouds that migrate into cumulus congestus clouds, a variety of cumulus clouds whose height are greater than or equal to their base. A watchful eye should be kept on cumulus congestus clouds as you hike because they may produce rain showers. A greater danger occurs when they begin to grow larger and form into cumulonimbus clouds. Cumulonimbus can grow higher than 20,000 feet. They are very dense clouds that can appear bright white with ragged dark grey bases and sometimes have anvil shaped tops. These clouds produce falling rain, hail, snow, thunder and can even spawn tornadoes.

Lenticularis clouds are the Aphrodite of the atmosphere. These clouds are almond shaped, beautifully smooth, and hang motionless in the sky like a Chinese lantern at a pool party. They are quite common in the foothills and mountainous areas. Lenticularis clouds form when air streams over hills and mountains the same way that water flows over rocks in a fast river. These dramatic clouds can form layers on top of each other that look like a “pile of plates” or as the French call “pile d’ assiettes.”

Head in the Clouds

Of course, no discussion about clouds is complete without mentioning looking for shapes in puffy clouds overhead. Who hasn’t at sometime laid down in a field of green grass to look for Abraham Lincoln, the Starship Enterprise or an elephant? If you look hard enough, you might even see Superman.