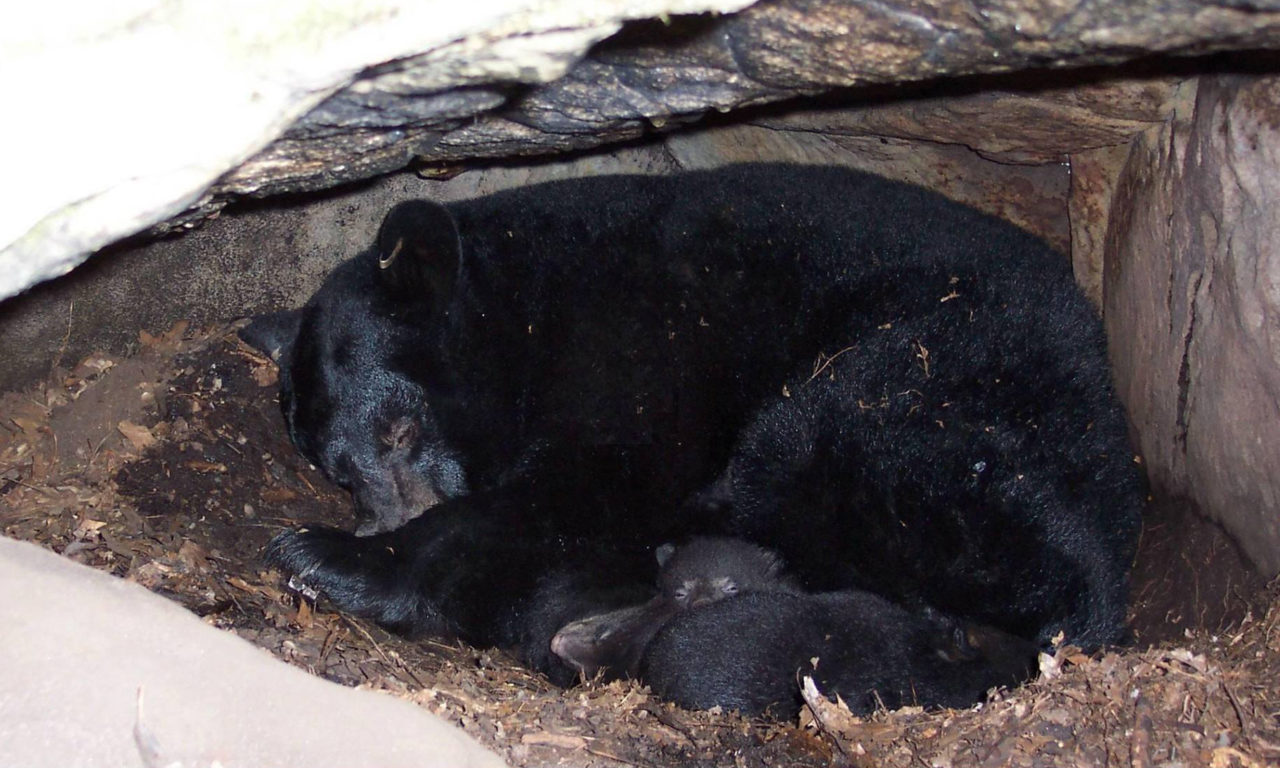 As weather cools down and days get shorter and nights get longer, animals have a choice to make—scavenge for hard-to-find food and shelter during snowstorms and frigid winds, or hunker down to wait it out until spring.

For many, the latter option is far more appealing, especially for small mammals like ground squirrels and mice. This winter rest is called hibernation, and for the animals that do it, it’s integral to their life cycle.

To prepare for months of hibernation, animals spend late summer and autumn frantically stocking up with fuel. If you’ve ever heard of “Fat Bear Week”—a week of competition among some of the chunkiest brown bears in Katmai National Park—then you’ve watched hibernation prep in action! Bears, bats and many rodents will race to pack on the pounds, as during hibernation, their body uses that stored-up fat as fuel to stay alive.

As an animal hibernates, its body temperature drops significantly. Its heart beats slower, and it takes fewer breaths than normal. Occasionally, an animal will wake up from this deep slumber-like state but will quickly return to rest. Many animals, including bears, can recycle their urine so that they don’t even need to get up to use the bathroom. Don’t be confused, though; hibernation is not sleep but is rather a deeper state of rest.

Some animals even give birth to babies during hibernation season. Having to provide nutrients for offspring means it’s all the more important to stock up before denning down. Sometimes, if an animal gets pregnant during mating season but has not bulked up with enough nutrient storage to sustain both the mother and children during hibernation, then her body will essentially reset the pregnancy. This way the mother can survive the winter and hopefully have another chance to reproduce the following season.

When hibernating animals emerge in the spring, bleary-eyed and very hungry, they are many pounds lighter than when they snuggled away. This awakening is when you start to hear of bears coming into the county’s urban areas searching for nourishment to kick-start their metabolism back to life. It can take days for an animal’s body to regain its “normal” patterns of operating. In the meantime, they may appear confused and groggy. You would also be confused if you spent months in a dark den with no food!

Besides hibernation, animals have other ways to survive a hard winter. Many birds go into torpor if the weather is nasty enough, with their bodily processes slowing down, much like hibernators experience. But torpor is often unplanned, compared with the anticipation of hibernation, and lasts only for short periods of time. As a result, animals that experience torpor do not have to store up as much of a nutrient reserve as hibernators do, since they return to “normal” functions much sooner. Some debate exists as to whether certain animals, like bears, skunks, and raccoons, go into full hibernation or if they actually experience torpor.

However, as climate change accelerates and temperatures warm, animals that do hibernate are waking up for longer intervals during their hibernation season as they sense an increase, albeit usually temporary, in the ambient temperature. This awake period means they burn more fuel during their hibernation season and they may be less capable of making it all the way until spring.

Bears aren’t the only animals that hibernate—amphibians like frogs and salamanders, and some reptiles like turtles also hibernate. Even snakes do a modified hibernation called brumation.

And humans have our own version of hibernation with a couple of exceptions—we can enjoy hot cocoa and a warm fire through the cold weather!