Owls at Home in Winter 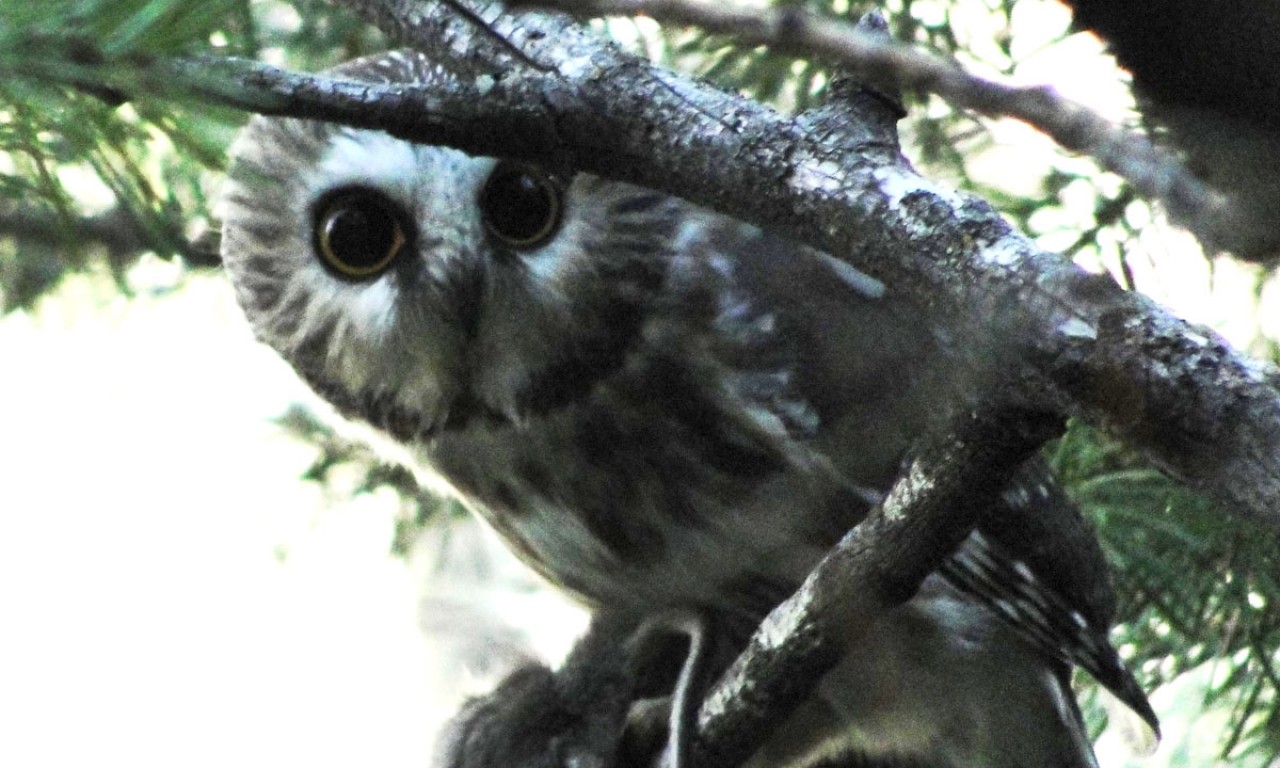 Pulling up your snow boots for a cold winter evening walk can be difficult, but spotting an owl in the crisp night air can make it worth it. Many of our local owls stay very active in the winter. Flammulated and burrowing owls leave for the season, but long-eared owls, screech owls, boreal owls, saw-whet owls, northern pygmy owls and the quintessential great horned owls all stick around. Here are some owl behaviors to be on the lookout for during those dusk or dawn winter walks.

Strap on snowshoes for a moonlight hike near tree line, and you may cross paths with boreal owls. They truly are high elevation dwellers, points out Michelle Durant, wildlife biologist with Boulder County Parks and Open Space, so spot these 10-inch-high owls in areas over 9,500 feet like Brainard Lake or the Fourth of July Trail.

Boreal owls can start courting as early as late February. Listen for their quick succession of “hoos” in the spruce-fir forest just after sunset.

Northern pygmy-owls come down from higher elevations for the winter, making them great owls to watch out for when hiking in the foothills. With a call that has been compared to a truck’s back-up beeper, these owls vocalize mainly in March, but can occasionally be heard on a warm February evening.

Small owls have to be extra careful of predators, so northern pygmy-owls keep quiet once nesting begins. However, the smallest owls don’t always seek the smallest prey. Northern pygmies have been known to hunt birds that may be much larger, like grouse. These fierce hunters have been spotted at Heil Valley Ranch and Hall Ranch basking in the early morning sun.

Another small owl to watch for is the saw-whet. Durant reports that they have even been spotted in Louisville during the winter months. About the size of a soup can and sounding similar to northern pygmy-owls, saw-whets may be seen or heard in conifer forests between 5,000 and 10,000 feet, such as along Highway 72. Another motivator to head out in the cold to look for them is that saw-whet owls are extremely high on the owl-cuteness scale.

Saw-whet owl populations tend to fluctuate in our area, and northern pygmy owls are not only tiny, but excellent at blending in. Spotting either species would be a rare winter treat.

“Who” is Likely to be Seen

January may be the coldest time of the year, but it’s when things are heating up for the great horned owls. Courting starts in January for these large owls and by February they have settled on their nests. In the spirit of their Boulder County community, great horned owls recycle nests instead of constructing new ones. The Boulder County Nature Almanac recommends looking for bulky stick nests high in cottonwood or willow trees. These nests may have previously belonged to hawks, crows, or magpies, but now house a great horned owl and her eggs. Look for the distinguishing “horns” on the female’s head poking up from the nest.

Great horned owls call year-round, as they don’t have the same worries about predators that smaller owls do. Most of us have been repeating their “who-who’s” since we were toddlers. Listen carefully this winter, though, and you may be able to discern the higher-pitched voice of female owls. “The female actually sounds more feminine,” says Durant, “and has an extra ‘who’ in her ‘who-who.'” Great horned owls call within their nesting territory, so when one is heard, a nest is not far away.

The chances of spotting or hearing one of these large owls are high. Great horned owls are thriving in urban areas, partly because they are such successful predators. Common or not, the haunting call of these owls on a still winter night is enough to make you forget your frozen toes, at least for a few welcome minutes.

Learn More: Learn more about the owls that live in our area in the book Owls of Boulder County, by Steve Jones.